Often overlooked—but always important—is the project approval process. It's the second set of eyes that ensures the execution follows the concept that was pitched, and that everything is in order ahead of the roll out.

In theory the process is always linear and clear but in reality the approval chain can be messy. Its many moving parts require perfect, timely alignment—something that, if we're being honest, never happens.

Thankfully, Quip helps overhaul the approval process and cut some of the horrific process inefficiencies. Here's how:

It restores context to projects. Teams that need projects approved are probably familiar with this situation: You submit a project for approval after weeks of toiling over every last nuance and detail, only to get the dreaded “Okay, so what is this again?” from the approver.

It's not necessarily their fault; people in the position to approve projects are busy with other things (like approving other projects), and might not retain every last detail of every last project. Trying to back track on those details over email is a lost cause—reading copy-and-pasted feedback loops, heavily saturated with “>”'s and “>>”'s, is virtually impossible. At that point, it's easier for the approver to have the team take him or her through a lengthy recap, most likely in a face-to-face meeting or email.

Quip eliminates this difficulty altogether because it effectively delivers the detailed context that can slip through the grasp of detached approvers—in the margin of every document, no matter how much it's changed, there's history, helping reviewers see how the team arrived at their conclusions. Moreover, Quip features a search capability that allows those reviewers to get extra context from other relevant documents and conversations quickly, compared to the mind-numbingly inefficient and inaccurate search results yielded by e-mail clients.

It stops the feedback flood. In a perfect world, the rungs of the approval ladder are evenly spaced. Multiple-member teams would work under a single reviewer, who than sends it up, out, or back down for one more pass.

But the reality is there are often many different stakeholders all looking to give their feedback on the work before it progresses. This creates an input overload that comes through in different mediums, at different times, and with different levels of urgency—the feedback flood.

Quip helps teams navigate the feedback flood by centralizing the work in the living document. Reviewers can jump in whenever they have the time to provide edits and suggestions to the most updated version of the document, which is particularly helpful in avoiding redundant feedback, or settling disputes when two reviewers provide contradictory feedback.

It makes it easier for the approvers. Navigating a bloated, email based approval chain isn't just frustrating for the teams executing the work —it's frustrating for the approvers themselves. Trying to find specific days-old email threads amid a plethora of new messages gets cumbersome and time consuming, as does digging into the details for a strategic refresh of the project.

Quip's ease-of-use isn't exclusive to desktops and laptops—it's intuitive on tablets and mobile phones, meaning that approvers who are always busy (read: who are looking for an excuse to check their phones during boring meetings) have the ability to jump into the project at will and without the lengthy search. Whether it's liking another reviewer's comment (approver-speak for a tacit sign-off) or making a minor in-document edit (so they don't have to send another message requesting another small change before approving it again), Quip makes it easier for everyone up and down the approval chain. 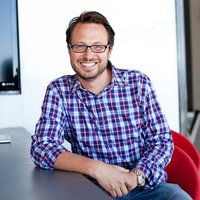