The 5 types of bad emailers at every company

Admit it: You're one of them.

Email has its place in the workplace: It’s the perfect tool for sending meeting invites, telling the team about an upcoming vacation, or helping introduce new talent. But for every one thing it’s good for, there are many areas where it fails — and no matter how painfully obvious that is to us, we still try to force email on the things it’s not built for.

Rather than successfully using email to match our demands, we’re often forced to adapt to its restrictions, devolving into an army of email zombies with poor communication habits and annoying quirks. From the over-communicators to the under-explainers, here are five different types of bad emailers you’ll find at every company.

“Hey, did you see the email I just sent? Just following up on the email I sent before lunch!”

Part impatient, part paranoid, all annoying, the human notification bot has yet to quite grasp the asynchronous nature of email and keeps insisting it can act like an instant messenger. For every one email that’s required, the human notification bot will send three. You know, just to make sure you got the message. You got the message, right? Please respond.

Chapter Four: A lengthy outline of things that need to be completed before the end of the week, but don’t need immediate attention.

The novelist believes that people actually read emails over two sentences long. Featuring body text replete with bold/italic/underline formatting, peppered with an abundance of lists and bullets, the novelists’ emails are all-encompassing. And they’re great to keep at the top of your inbox if you need help sleeping during those long bus or subway commutes.

“Does that ‘please’ sound too aggressive here? Better soften the blow with an emoji. And two exclamation points.”

Overthinkers spend more time crafting emails than doing actual work, wasting their precious moments parsing every possible interpretation of every sentence to make sure they’re not coming off the wrong way. Emails from the overthinker always have a carefully crafted exclamation-point-to-period ratio (You know, to ensure that the message is playful without seeming too playful!). You’ll also find that the more polite the overthinker tries to sound, the more angry he or she actually is.

A distant cousin of the human notification bot, the emojist feels compelled to respond to every thread with some type of unnecessary set of emoji (and for some reason, it’s always three). While the meaning is abundantly clear to him or her, trying to decipher what exactly the praise hands emoji means in the context of a lengthy feedback thread can be more frustrating than fun. 💃

Give the short-hander credit — unlike the novelist, he or she understands that messages should get to the point. But being short and being succinct aren’t always the same thing, especially when reading it makes you think WTF? 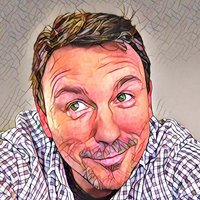