The power of the Like button is its simplicity: with a single click, you can tell a friend that you appreciate what they've done. It's a small gesture, but it has also become a meaningful way to communicate and bring people closer together.

On Quip, you can “like” people's edits in addition to their messages. That's been the most enjoyable part of the like feature in our experience. Every time you check off something in a shared checklist, the likes stream in, and you feel a great sense of accomplishment and camaraderie:

The Like button is just one of five large new features in our new release, Quip 1.7. Without question, Quip 1.7 is the most significant release we've had since we launched seven months ago. It's the result of months of effort from the entire Quip team, and we're releasing it simultaneously on the iPhone, iPad, Android, and the desktop version of Quip.

With Quip 1.7, you can now highlight a specific part of a document and have a conversation about it.

The ability to leave inline comments has been the most frequently requested feature from our customers, and we're proud of how well the experience works across all of the devices Quip supports.

We want your Quip documents to look beautiful on every device. That's why we put a great deal of thought into the typography of Quip documents when we first released the product. And today, we're excited to roll out four new, professionally designed themes for Quip.

For Themes, we chose typefaces from Commercial Type with a broad range of personalities.

Your Quip documents will still look professional and beautiful on every device, but they no longer need to look the same. We're looking forward to expanding our selection of themes in the future, and we're thrilled that more people will be able to use these gorgeous typefaces with this release.

In this release, we've also introduced two widgets for Quip on Android, which allow you to either view your inbox or a document from your phone's home screen / launcher.

With the widget you can keep your personal to-do list always in view, making it easy to stay on top of tasks and check things off as you go.

In addition to these big features, there are also a number of smaller improvements in this release, like faster real-time updates. We hope you enjoy the new stuff and, as always, keep the feedback coming! 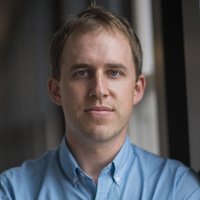