Sprawl and Stall, and why email is to blame

In the 1980s, when it was first introduced, email revolutionized the workplace. Instead of placing a phone call (expensive), scheduling a face-to-face meeting (expensive in terms of productivity, and not always viable), or sending a fax (who even remembers those?), we could now communicate with the click of a button and get a response in minutes, not hours or days. Email was disruptive technology long before the term became trite.

After its debut though, email never really evolved like other communication tools did. As we adopted cellphones and then smartphones in our personal lives, we still found ourselves using clunky and rudimentary email products at work that were more similar to AOL email from the mid-90s than modern technologies like WhatsApp or iMessage. This continues on to this very day. By defaulting to email as the primary productivity tool, our managers are asking us to produce cutting-edge work with tools that aren't very far removed from the Internet Stone Age.

Email has generated this phenomenon, called sprawl and stall and here's how it makes us work dumb:

How many times have you sat down at your desk, gone in to your inbox, and emerged hours later with the same workload?

If you’re anything like most creative or knowledge workers, the answer is probably quite a few. Email has morphed into work. When we ‘regroup,’ ‘loop in,’ and ‘circle back,’ we’re just completing surplus tasks that do little to advance our real work, and we're doing work about the work. How productive and smart does that sound? Not very.

Take this anecdote relayed by The Harvard Business Review. In the early 80s, IBM introduced its first internal email system and utilized a $10 million mainframe to run its email server, which, the company believed, would be large enough able to handle employee communications.

Within weeks of debuting, however, the server became inundated by email volume. Workers were not merely conducting their work conversations over email. Instead, they were using email to talk much, much more than they did before they had email.

"Tina needs to chime in before Mike can comment and pass onto Jon."

You’ve probably heard a version of this typical email back-and-forth before. The subtext is that one employee can’t complete a real task because her coworkers have yet to weigh in. Creating email dependencies puts your organization’s workflow in jeopardy. If, for instance, just one person in the group is unable to respond, the whole unit grinds to a halt; projects stall as email becomes the tool teams default to. Not only is this an inefficient way of working, it also requires us to constantly monitor email to ensure that we’re not stalling any projects by not responding.

3. It kills transparency and the natural flow of information

Cause and effect is an important principle that ties together our universe. When A occurs, we expect B to occur sometime thereafter. It's a natural cadence that's governed virtually everything in our lives. Except, of course, email.

When there are multiple projects to juggle, or unpredictable moments where you might need to tag someone in on the fly, email can be frustrating. A fresh mind trying to get up to speed on any thread longer than 4 messages might give up and seek an in-person TL;DR because it's really hard to read—that person has to go back to the original message and then read the subsequent messages backwards. D before C before B... you get the point.

This is because email inboxes are siloed—there's no real living, breathing, updating record of a project over email, so when there's an (un)predictable change in who is involved or direction, information is hazy and difficult to find. Without a collaborative, centralized concentration of information, projects can be derailed because everyone has a different understanding of what's actually going on in the first place. Another example of sprawling and stalling.

Work has become more collaborative, flexible, social, and transparent. It's these principles that help guide how we've designed Quip to end sprawling and stalling. Check out what it's like working together, and stop working together separately. 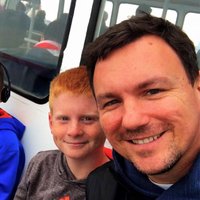